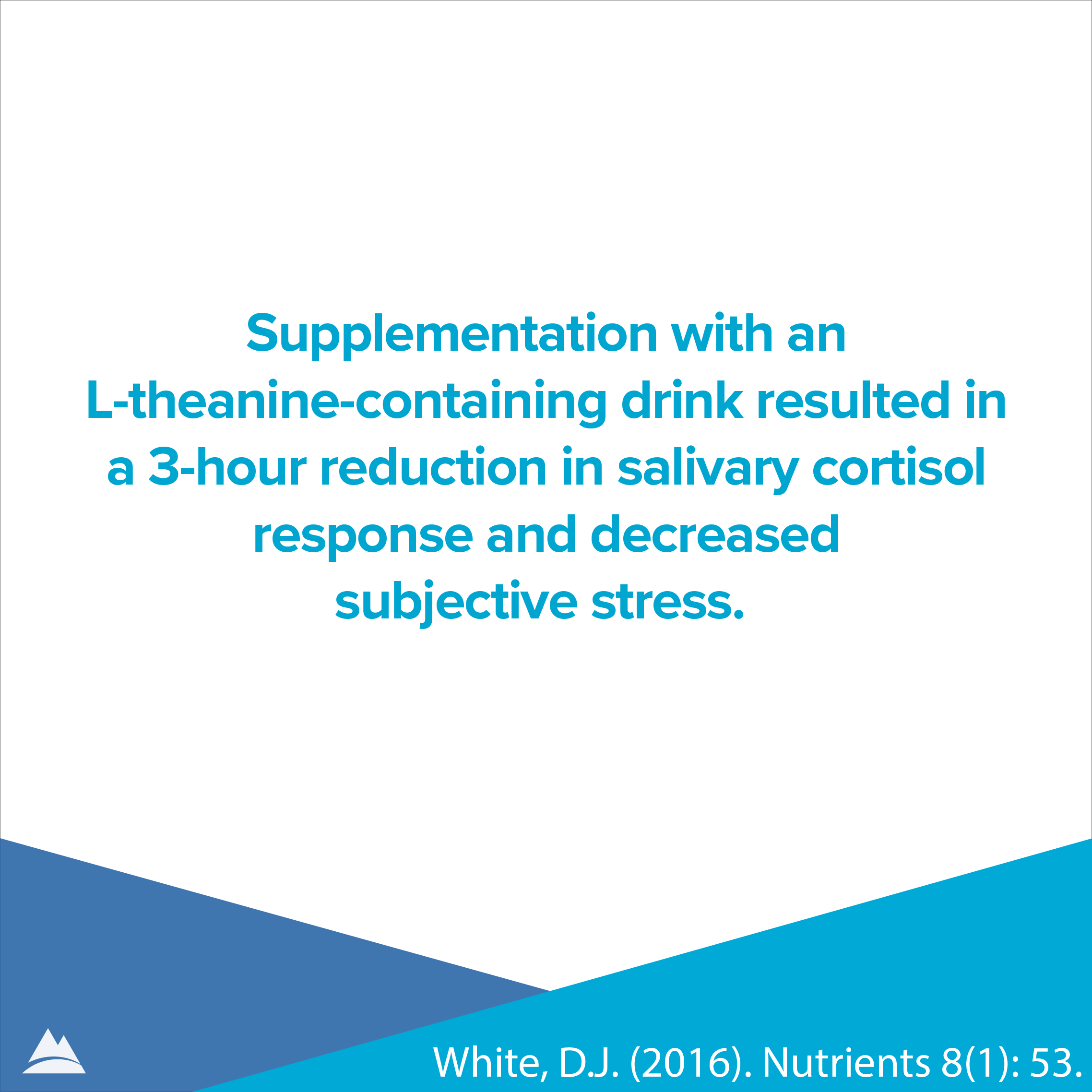 L-theanine is an amino acid contained in the green tea plant known for the cognitive-enhancing properties for which it’s been cultivated for centuries. In this study, 34 healthy adults were given an L-theanine based drink and tested for their mood response and cognitive stress levels at a one-hour and three-hour follow-ups. The participants drank the L-theanine infused beverage and then were subjected to a multitasking cognitive stressor. Study participants who consumed the beverage had significantly reduced salivary cortisol (stress hormone) responses compared to the placebo group after one hour and three hours post-dose. The effects were more pronounced in subjects higher in trait anxiety.