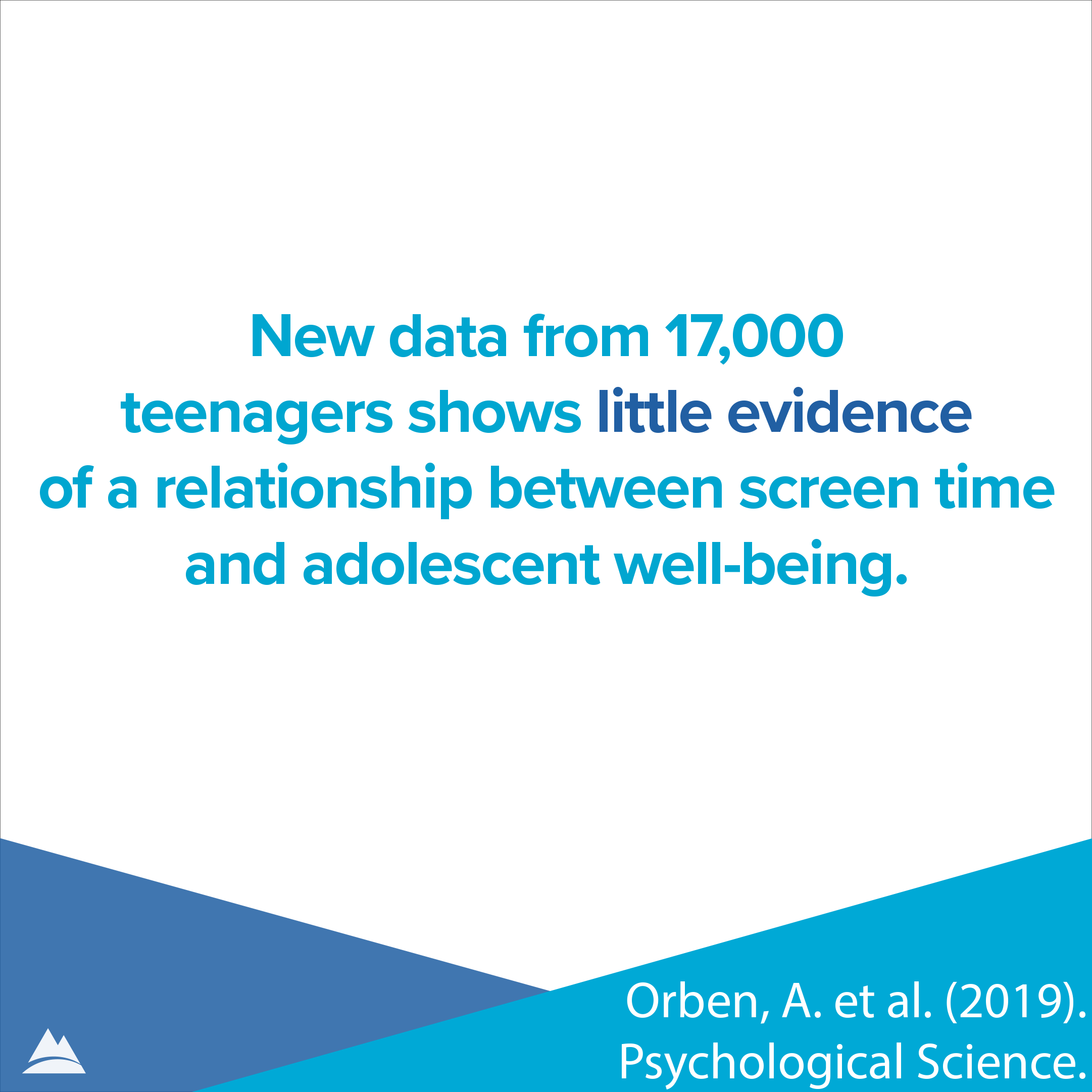 The idea that digital screen time decreases adolescent well-being has become a recurring feature in public, political, and scientific conversation. But, to our surprise, the psychological evidence is removed from the certainty voiced by much of the public. ⠀⠀⠀⠀⠀⠀⠀⠀⠀⠀⠀⠀⠀⠀⠀⠀⠀⠀⠀⠀⠀⠀⠀⠀⠀⠀⠀⠀⠀⠀⠀⠀⠀⠀⠀⠀
This study is among the largest of its kind, looking at 17,247 teenagers from the UK, Ireland, and the USA using nationally representative datasets and time-use-diaries measuring screen time engagement. Interestingly, they found that higher self-reported screen time did not have a strong negative association with their self-reported well-being. In other words, teens who reported higher exposure to digital screens were no more likely to claim that they had low/high self-esteem, energy levels, or levels of empathy, than teens who had little screen time exposure. It’s important to remember that this study isn’t telling the full story. For instance, prior studies have shown that distortion of sleep quality and blue light emissions have a powerful effect on mental health outcomes. Therefore, it may be the case that screen time may have limited harmful effects if exposure doesn’t interfere with normal prosocial sleep patterns. ⠀⠀⠀⠀⠀⠀⠀⠀⠀⠀⠀⠀⠀⠀⠀⠀⠀⠀⠀⠀⠀⠀⠀⠀⠀⠀⠀⠀⠀⠀⠀⠀⠀⠀⠀⠀
Orben, A., & Przybylski, A. K. (2019). Screens, teens, and psychological well-being: Evidence from three time-use-diary studies. Psychological Science, 30(5),682-696. doi:10.1177/0956797619830329