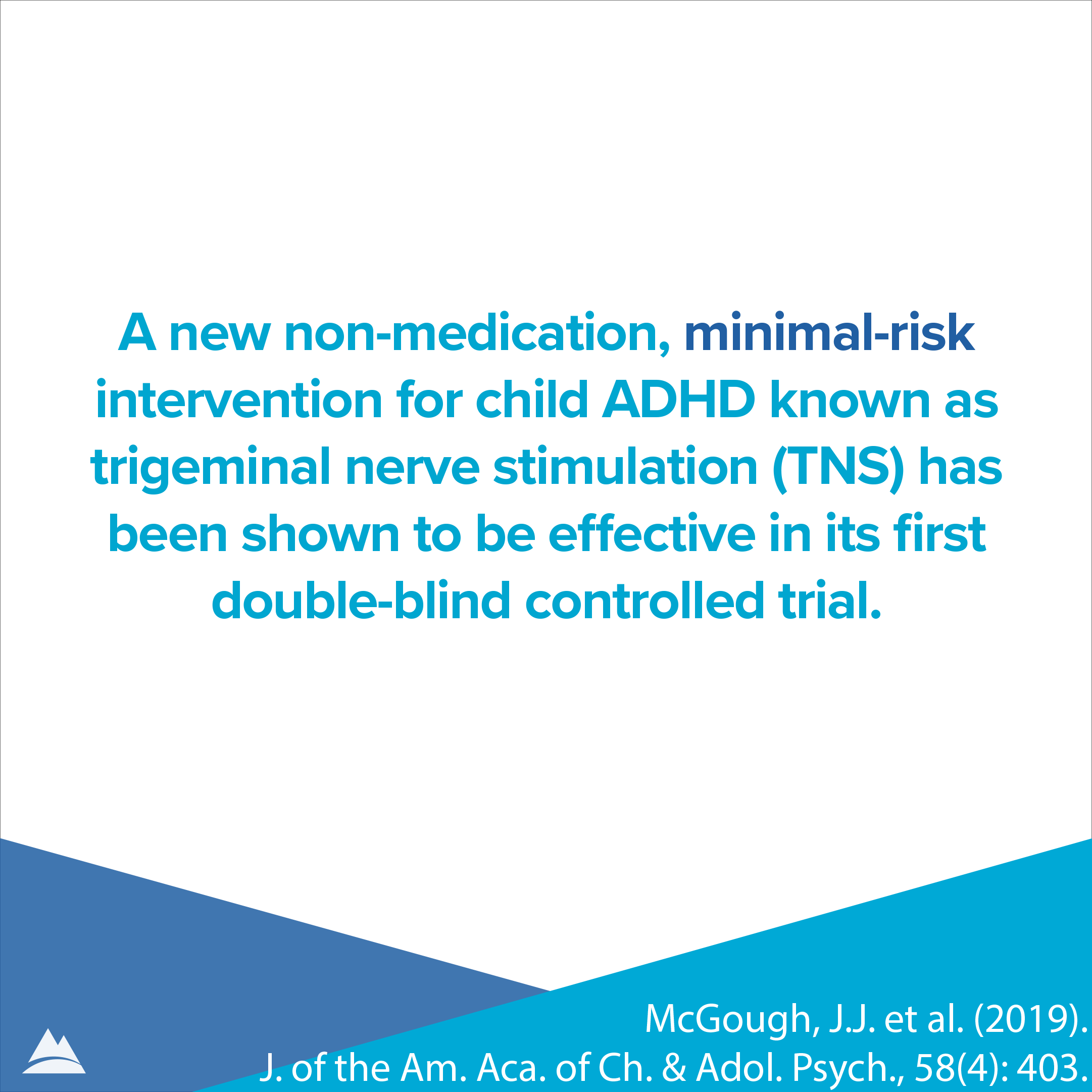 Currently approved in Canada for adults with medication-resistant depression and seizures, trigeminal nerve stimulation (TNS) has been found to be an effective and safe means of treatment for children with ADHD according to a new study in the April 2019 issue of the Journal of the American Academy of Child and Adolescent Psychiatry (JAACAP). ⠀⠀⠀⠀⠀⠀⠀⠀⠀⠀⠀⠀⠀⠀⠀⠀⠀⠀⠀⠀⠀⠀⠀⠀⠀⠀⠀⠀⠀⠀⠀⠀⠀⠀⠀⠀
Never heard of TNS? Neither had we. This new form of therapy utilizes a small stimulator worn on a child’s clothes to emit a low-level current powered by a 9-volt battery. Thin wires are connected to the device with an adhesive electrode patch worn on the child’s forehead during sleep where a mild stimulation is applied to the skin - barely noticeable to the child. The electric current is believed to target the nucleus tractus solitarius region of the brain, which relays signals to the thalamus, hypothalamus, amygdala, locus coeruleus, insula, and the reticular activating system. ⠀⠀⠀⠀⠀⠀⠀⠀⠀⠀⠀⠀⠀⠀⠀⠀⠀⠀⠀⠀⠀⠀⠀⠀⠀⠀⠀⠀⠀⠀⠀⠀⠀⠀⠀⠀
The children in the study received 4 weeks of TNS treatment and had significant improvement in ADHD symptoms within 1 week, with continual improvement for the remaining 3 weeks. This is a super important study due to the great demand for non-pharmacological ADHD treatments with high compliance and low side effects.