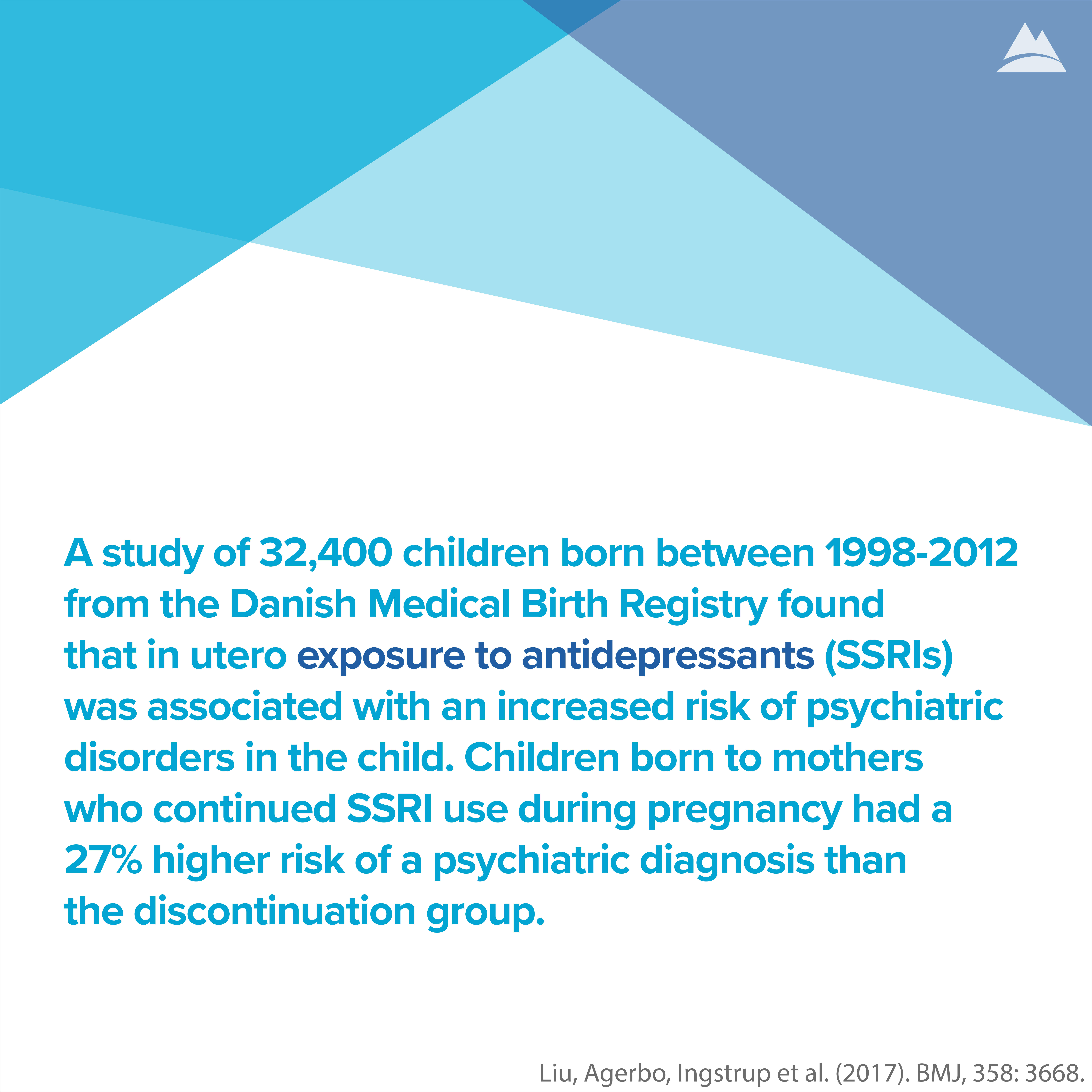 The 15-year cumulative incidence of psychiatric disorders was 8.0% in the unexposed group, 11.5% for those born to mothers who used SSRIs before but not during pregnancy, 13.6% for mothers who continued antidepressant use during pregnancy, and 14.5% for those who started treatment during pregnancy. Antidepressant continuation during pregnancy had a hazard ratio of 1.27 compared with the discontinuation group.
‍
However, this was an observational study that doesn’t quite tell the whole story. As the researchers suggest, the results are likely a combination of the antidepressant treatment and the maternal illness itself. Also, you have to consider what drives a mother to decide to continue treatment despite the known risks (i.e., the severity of illness, type of illness), which has its own implications for heritability.