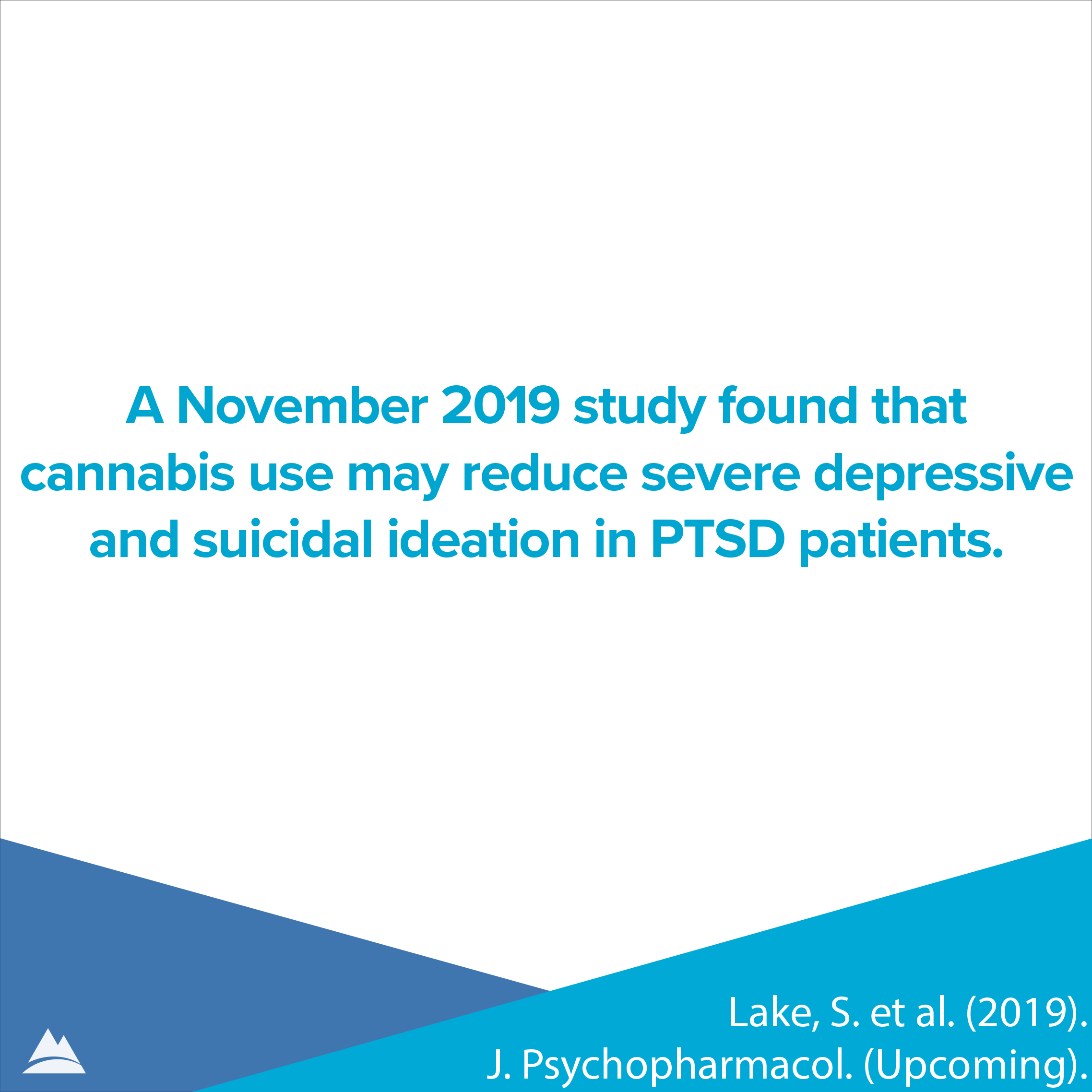 Post-traumatic stress disorder (PTSD) significantly increases the risk of depression and suicide, and many who suffer from PTSD use cannabis either recreationally or in a medical capacity. This study set out to examine whether cannabis use changes how those with PTSD experience depression and suicidal ideation.

Second, that PTSD was not associated with either outcome for cannabis-using respondents.

This study is notable for its contradiction of the current medical consensus regarding PTSD and depressive symptoms. The findings presented in this paper are the first of their kind to suggest that cannabis use might reduce depressive symptoms in those with PTSD.