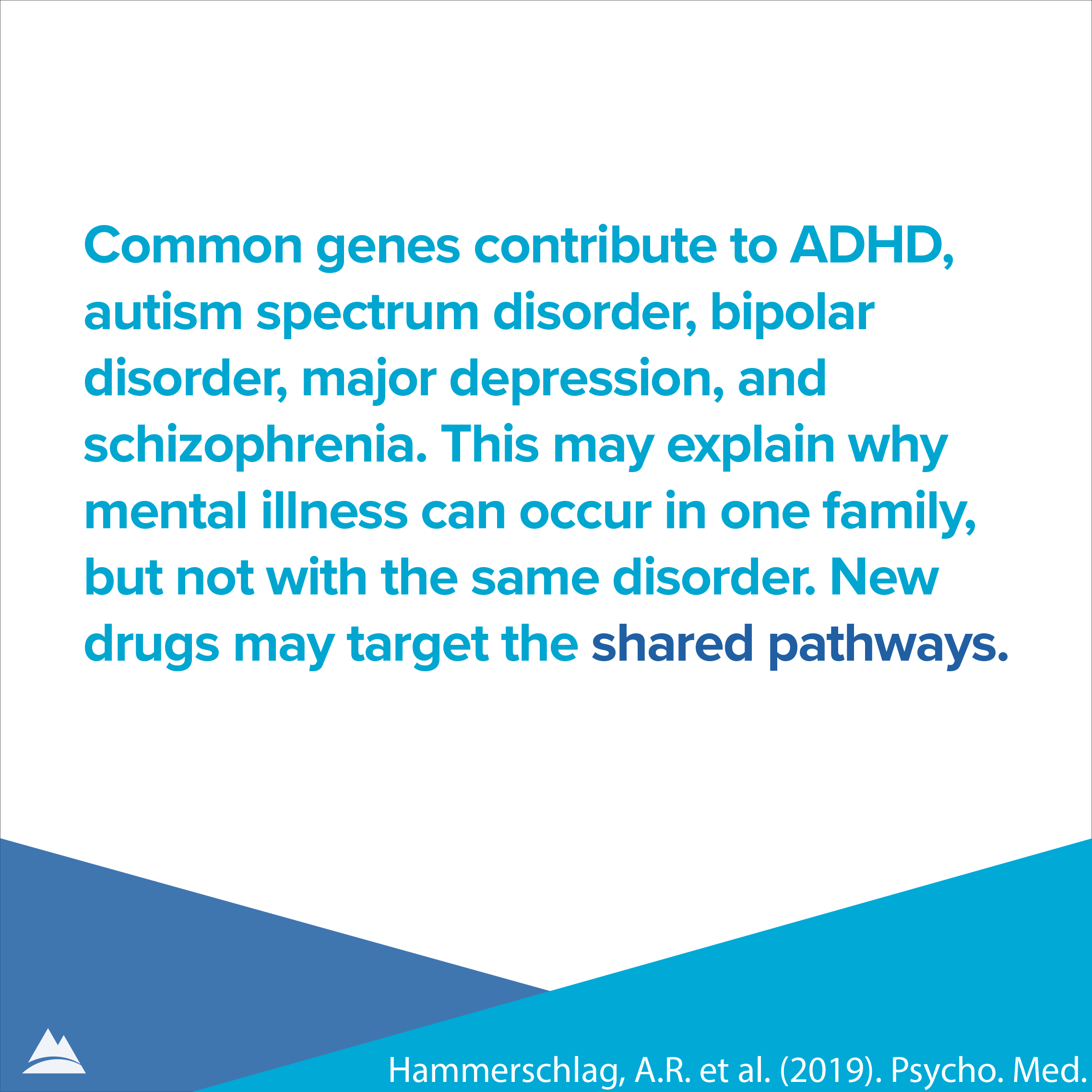 Common genes contribute to ADHD, autism spectrum disorder, bipolar disorder, major depression, and schizophrenia. This may explain why mental illness can occur in one family, but not with the same disorder. New drugs may target the shared pathways.